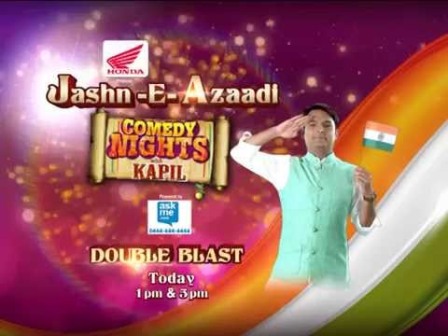 Description: Comedy Nights with Kapil is an Indian comedy show that premiered on Colors TV on June 22, 2013, Saturday and Sunday. Each episode features celebrity guest(s) who usually appear to promote their latest films. The show is similar in context to the British show The Kumars at No. 42.[citation needed] After the conclusion of Jhalak Dikhhla Jaa, the show became India’s highest rated serial in the non-fiction category garnering viewership rating greater than KBC and Big Boss. At CNN-IBN Indian of the Year awards, Kapil Sharma was awarded the Entertainer of the Year award for 2013 by Amol Palekar in recognition of his contribution to the show.